Graphic novelist Frank Miller is one of the most influential and awarded creators in comics and graphic novels.  He is known for his intense, hard-boiled storytelling and gritty noir aesthetic. Miller co-directed the movie Sin City, based on his graphic novel by the same name, and executive produced the action film 300, based on his comic book series. His projects have been nominated for the Cannes Film Festival's highest prize award, the Palme d’Or and have won the Harvey and Eisner Awards, including those for Best Writer/Artist, Best Graphic Novel Reprint, Best Cartoonist, Best Cover Artist, Best Limited Series, and Best Short Story. In 2015, Miller was inducted into the Will Eisner Award Hall of Fame for his lifetime contribution to the industry.

Screenwriter, producer, and comic book artist Tom Wheeler has worked on Empire, The Cape, and more. He is best known as the screenwriter of Puss in Boots and The Lego Ninjago Movie and he also wrote the story for the live-action feature Dora the Explorer, scheduled for 2019 release.

Together, Miller and Wheeler will create and executive-produce Cursed, a 10-episode Netflix Original show based on the book of the same name. In Cursed, the Red Paladins are a blood-soaked wind blowing across the British Isles, fanning the flames of a holy crusade led by the sinister Father Carden, who aims to wipe Druids from the map. Desperate for revenge against the group who destroyed her family and her village, budding Druid Nimue decides to team up with a mysterious, charming young man named Arthur and step into the power she's been running from her whole life. But what if, in her vengeance, she loses her way? What if she forgets herself?

This session will be moderated by Todd Krueger, a Selector in the Collection Development department at Baltimore County Public Library in Towson, Maryland. He has served on the Michael L Printz award committee, the YALSA Nonfiction award committee, as the YALSA Division Councilor, and is currently the YALSA President-Elect.  Get details and add to your schedule. 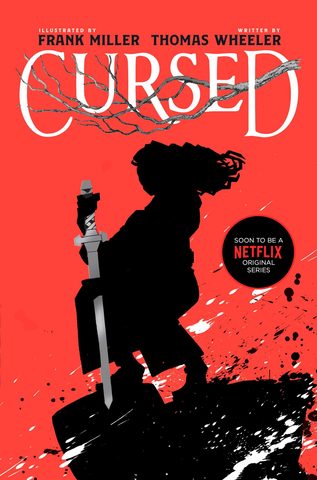