With an acting career spanning six decades, George Takei is known around the world for his founding role in the acclaimed television series "Star Trek", in which he played Hikaru Sulu, helmsman of the Starship Enterprise. But Takei's story goes where few stories have gone before. He has become one of the country's leading figures in the fight for social justice, LGBTQ rights, and marriage equality and remains a powerful voice on issues ranging from politics to pop culture.

In his upcoming graphic memoir, They Called Us Enemy, available Summer 2019, the beloved actor, author, and activist revisits his haunting childhood in American concentration camps, as one of 120,000 Japanese Americans imprisoned by the U.S. government during World War II. Experience the forces that shaped an American icon—and America itself—in this gripping tale of courage, country, loyalty, and love.  Hear firsthand from Takei, as well as his co-authors Justin Eisinger and Steven Scott and artist Harmony Becker, about this dark chapter of our nation's history and its urgent relevance for our world today.

Takei has been a passionate advocate for social justice, an outspoken supporter of human right issues and a community activist. He has served as the spokesperson for the Human Rights Campaign's "Coming Out Project" and was Cultural Affairs Chairman of the Japanese American Citizens League. He is also chairman emeritus and a trustee of the Japanese American National Museum in Los Angeles. He was appointed to the Japan-US Friendship Commission by President Clinton, and the government of Japan awarded Takei the Order of the Rising Sun, Gold Rays with Rosette, for his contribution to US-Japanese relations. The decoration was conferred by His Majesty, Emperor Akihito, at the Imperial Palace in Tokyo.  Mashable.com named Takei the most influential person on Facebook, with 10.4 million likes and 2.8 million followers on Twitter. Get details and add to your schedule. 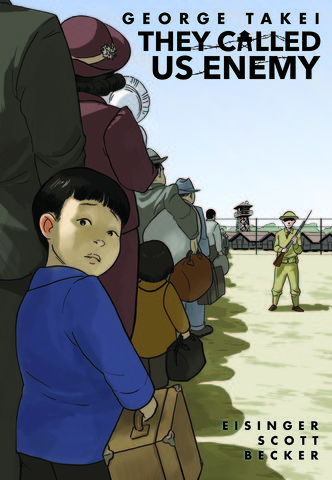