Mariana Atencio is a journalist, TED Talk speaker, influencer, and award-winning news personality covering domestic and international assignments, breaking news, and special reports. As a first-generation Latina who fled violence and oppression in her native Venezuela, Atencio crossed over from Spanish-to-English-language television.

Her life story and the message of her new book, Perfectly You: Embracing the Power of Being Real, available Summer 2019, is grounded on the discovery of how every single person can come to find their own voice and purpose in a seemingly broken world. But it goes much further than an individual discovery. She says, "it is precisely when we harness our own voice that we, in turn, have an opportunity to use it to create and foster community." For Atencio, she's channeled it in storytelling that is cross-cultural, cross-format, and cross-border. A feat that would not have been possible were it not for the events of her life and the stories she has covered.  To quote a line in her book, "to be a human bridge - to show that people on one side were just like the ones on the other. I kept thinking about Maya Angelou's famous quote, "we are more alike, my friends, than we are unalike."  Why is it so hard for some to understand that we are basically all one and the same?"

This is her raison d'etre, infused in her philanthropic work with the DAR Learning platform, which offers unlimited courses to women across Latin America, and through her involvement with the Children's Movement of Florida's "ReadingPals" program, which recruits volunteers to read to young children in pre-kindergarten classrooms and libraries in neighborhoods across the state.

Atencio has been named one of the top young voices in American newsrooms, and her awards include the Peabody Award for Investigative Journalism, the Gracie Award, and the National Association of Hispanic Journalists' "Latino Issues" Award. She studied at Columbia University Graduate School of Journalism, Georgetown University, the London School of Economics, and UCLA. Get details and add to your schedule. 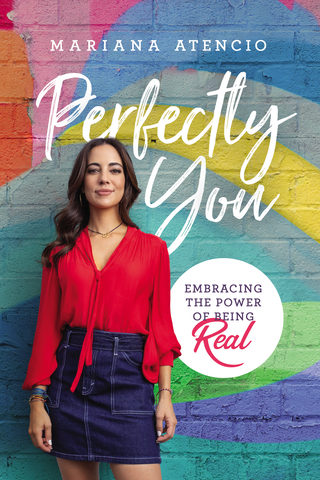