Sonia Sotomayor, Associate Justice, was born in Bronx, New York, on June 25, 1954. She earned a B.A. in 1976 from Princeton University, graduating summa cum laude and receiving the university's highest academic honor. In 1979, she earned a J.D. from Yale Law School where she served as an editor of the Yale Law Journal. She thereafter served as Assistant District Attorney in the New York County District Attorney's Office from 1979–1984. She then litigated international commercial matters in New York City at Pavia & Harcourt, where she was an associate and then partner from 1984–1992. In 1991, President George H.W. Bush nominated her to the U.S. District Court, Southern District of New York, and she served in that role from 1992–1998. She then served as a judge on the United States Court of Appeals for the Second Circuit from 1998–2009. President Barack Obama nominated her as an Associate Justice of the Supreme Court on May 26, 2009, and she assumed this role August 8, 2009. Justice Sotomayor is the author of My Beloved World, Turning Pages, The Beloved World of Sonia Sotomayor, and the forthcoming Just Ask!

The session will be moderated by Jill Santopolo, the Associate Publisher of Philomel Books, an imprint of Penguin Random House. She edits an array of best-selling and award-winning authors, including Sonia Sotomayor, Chelsea Clinton, Kamala Harris, Temple Grandin, Mayim Bialik, Lisa Graff, Jeffrey Kluger, Terry Border, and Amy Ephron. Santopolo is also the international and best-selling author of The Light We Lost and More Than Words, as well as the Sparkle Spa series, the Follow Your Heart books, and the Alec Flint mysteries. She was a thesis advisor for the New School’s MFA program, on the faculty of the Columbia Publishing Course, and an adjunct professor at McDaniel College, where she helped develop the online certificate program in Writing for Children.

Justice Sotomayor's publisher is Penguin Random House.  Get details and add to your schedule. 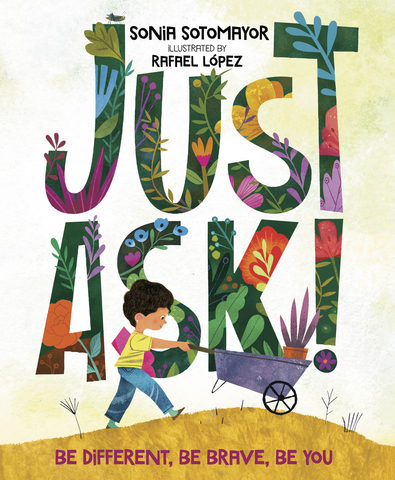